CRISPR Gene-Editing Can Cause Hundreds of Unexpected Mutations

It’s been hailed as one of the most potentially transformative inventions in modern medicine, bringing the prospect of designer babies closer than any other technology to date, but CRISPR-Cas9 could be riskier than we thought.

The technology that could spark a gene-editing revolution has been caught introducing hundreds of unintended mutations into the genome, and with scientists already testing it in humans, it’s set off some serious alarm bells. 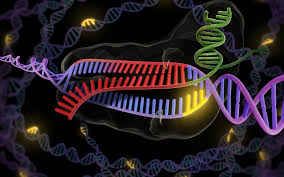 The technique works like a biological ‘cut and paste’ tool, where researchers use a protein to seek out a particular gene and cut it out of the genome, replacing it with DNA of their choice – for example, they could swap a defective gene for a healthy one.
“We feel it’s critical that the scientific community consider the potential hazards of all off-target mutations caused by CRISPR, including single nucleotide mutations and mutations in non-coding regions of the genome,” says Stephen Tsang from the Columbia University Medical Centre.

Tsang and his team have conducted the first whole-genome screening of a living organism that’s undergone CRISPR gene-editing to discover that unwanted mutations can crop up in areas that are totally unrelated to the targeted genes. These mutations have likely been missed by previous studies because they’ve been using computer algorithms that are designed to identify and scan areas on the genome that are most likely to be affected, based on what’s been edited.

“These predictive algorithms seem to do a good job when CRISPR is performed in cells or tissues in a dish, but whole genome sequencing has not been employed to look for all off-target effects in living animals,” says one of the team, Alexander Bassuk from the University of Iowa.

Unlike many promising medical inventions, CRISPR has continued to live up to its potential. In recent years, it’s been used to tap into cancer’s ‘control centre’, repair a mutation that causes blindness, treat genetic disease in living animals, and even modify human embryos to figure out what causes infertility and miscarriage.

The first clinical trial to use CRISPR in actual subjects now underway in China, and the US and the UK are not far behind.

Tsang and his team found that the technique had successfully corrected a gene that causes blindness in the mice, but the two mice that had undergone CRISPR gene-editing had sustained more than 1,500 unintended single-nucleotide mutations, and more than 100 larger deletions and insertions.

“None of these DNA mutations were predicted by computer algorithms that are widely used by researchers to look for off-target effects,” the team reports.

To be clear, the find doesn’t necessarily mean that CRISPR is unsuitable for use in humans going forward – more research is now needed to see if these results can be replicated in larger samples, and in humans, rather than mice.

But it’s like discovering that a medical treatment could be having potentially serious and long-term side effects – and our tests aren’t picking them up. The researchers are now urging for better screening tests for off-target mutations to be applied to CRISPR research immediately.